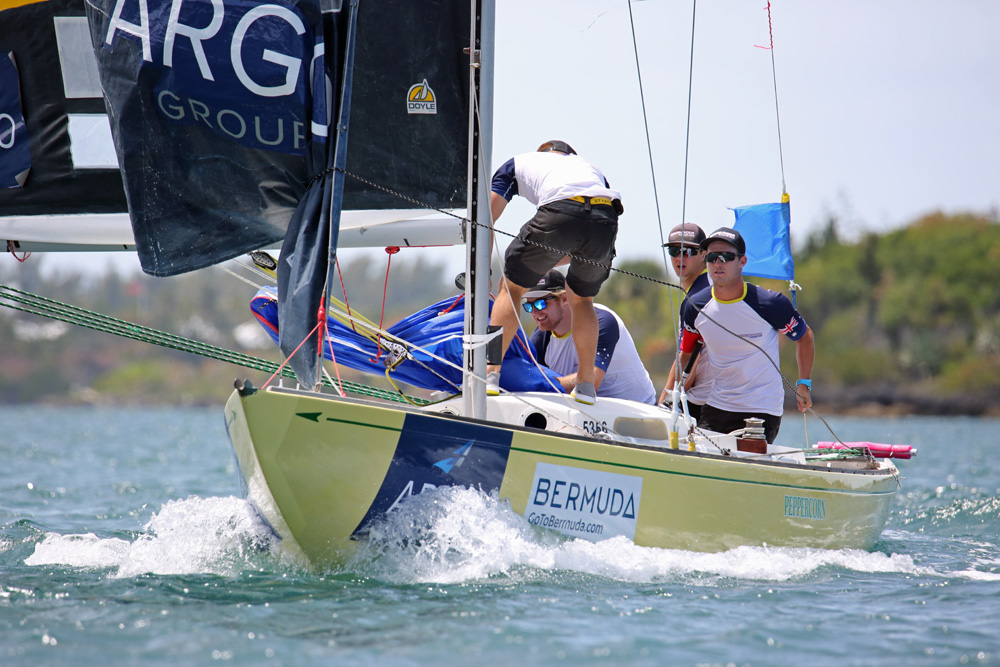 HAMILTON, Bermuda (May 7, 2019) — An active first day of racing at the 69th Argo Group Gold Cup saw 36 matches completed across nine flights of racing and led to a first-timer holding the Day 1 lead.

“I’m really impressed with Harry,” said Williams, who won the Argo Group Gold Cup in 2006 when Price was 11 years old. “The boats are difficult and there’s a lot to get your head around. So good on him.”

“Bermuda gave us an interesting day,” said Price. “It was quite shifty and with the windward mark being tucked underneath the buildings, that made it anyone’s race. We struggled to win the pre-starts but managed to get off the line even. Then we sailed our own race and did well to pick the shifts and get the lead.”

Holding third place is Chris Poole of the U.S. with 4.33 points, while Johnie Berntsson of Sweden and Torvar Mirsky of Australia are tied for fourth, each with 4 points.

Through seven flights of racing the leaderboard is tightly packed at the 69th Argo Group Gold Cup. Due to the nature of the round robin format, where crews switch in and out of boats, not every crew has sailed the same number of races. But what’s important to note is that every team has suffered at least one loss – there are no undefeated teams remaining.

The first four flights of the 69th Argo Group Gold Cup hosted by the Royal Bermuda Yacht Club are in the books and Australian Torvar Mirsky is out to the early lead.

Mirsky has won all three of his matches to post a 3-0 record, followed closely by Eric Monnin and Ian Williams, who are both at 2-0.

The forecast conditions of 15 to 20 knots never materialized this morning because the overnight frontal system moved through quicker than expected. A northerly wind of 8 to 10 knots is blowing across Hamilton Harbour and making for quick work of the racing. 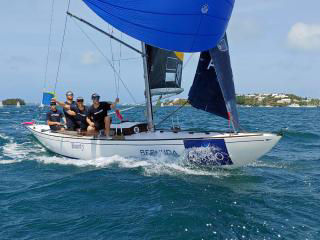 The 69th competition for the King Edward VII Gold Cup begins Tuesday, May 7

HAMILTON, Bermuda (May 6, 2019) — Racing for the 69th Argo Group Gold Cup is scheduled to begin tomorrow morning, May 7, at 1000 hours on Hamilton Harbour, just off the docks of the Royal Bermuda Yacht Club.

Pauline Courtois (Women’s No. 1-ranked skipper) of France makes her Argo Group Gold Cup debut in the third flight of matches when she takes on Nicklas Dackhammar of Sweden in Match 3. Harry Price of Australia, another first-time entrant, makes his debut one match later, against Mirsky.

This is the second year that the Argo Group Gold Cup is being held in May. The conditions last year were idyllic, with winds of 6 to 15 knots, but tomorrow’s forecast looks to be more blusterous. 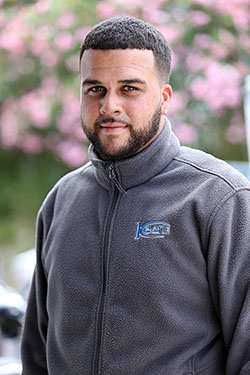 HAMILTON, Bermuda (Apr. 30, 2019) — What’s the recipe for an unpredictable, Grade 1 match racing regatta? Start with two women’s crews, add a dash of youngsters and throw in a handful of treacherous veterans and you get the 2019 Argo Group Gold Cup.

The 69th competition for the revered King Edward VII Gold Cup trophy, scheduled May 6-11 and hosted by the Royal Bermuda Yacht Club, features just such a sterling lineup. It includes the Women’s World No. 1, Pauline Courtois of France, and No. 6, Lucy Macgregor of Great Britain, and the top five in the Open Rankings including Eric Monnin of Switzerland, Ian Williams of Great Britain, Harry Price of Australia, Ettore Botticini of Italy and Maxime Mesnil of France.

Grizzled veterans Torvar Mirsky of Australia and Johnie Berntsson of Sweden and wild cards such as Nicklas Dackhammar of Sweden and Chris Poole of the U.S. add a spicy blend to the fleet, which collectively boasts 12 match racing world championships and four Argo Group Gold Cup championships. 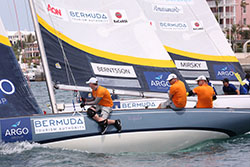 HAMILTON, Bermuda (Feb. 6, 2019) — A sterling collection of past champions that also includes the top three skippers in the World Match Race Rankings, the reigning Open, Women’s and Youth World champions and the America’s Cup Challenger of Record are among the first eight entrants to the 2019 Argo Group Gold Cup, the oldest match racing regatta for one-design yachts and offering a $100,000 prize purse.

Scheduled May 6-11, the Argo Group Gold Cup is pre-dated by only the America’s Cup. The Gold Cup trophy was first presented in 1907 by King Edward VII at the Tri-Centenary Regatta, in celebration of the 300th anniversary of the first permanent settlement in America in Jamestown, Virginia. The Gold Cup was awarded as a match racing trophy in 1937 and this year marks the 69th running of the event organized by the Royal Bermuda Yacht Club.

“We are proud to sponsor Argo Group Gold Cup for the tenth year,” said Mark E. Watson III, CEO, Argo Group. “This event attracts the world’s best skippers and crews with experience competing in a wide variety of prestigious races.”